I've known Ted Walsh from Enable Me Coaching for a while now, he helped me during a few sessions so I understand his brand perfectly. When Ted approached me to shoot some new Brand shots for his website I was only too happy to oblige

To understand the brand is to understand the man and having worked with Ted for several years I had a fair idea of how I was going to approach the brief. Once you've worked with Ted you understand the nature of his approach and how he gives his time over to the clients. He is a calm and assured individual but a loving family man too and sometimes in the midst of our obsession with all things business we can lose sight of that so I made a point of explaining to Ted the importance of showing the man behind the business.

We sat and compared notes, looked at his existing site and decided which areas he needed new images for. It's all too easy these days to settle for stock images on websites which tell a potential client what it is you do but says nothing about you as an individual running the business. It's imperative that Ted's potential clients get a glimpse of the person they will be working with. 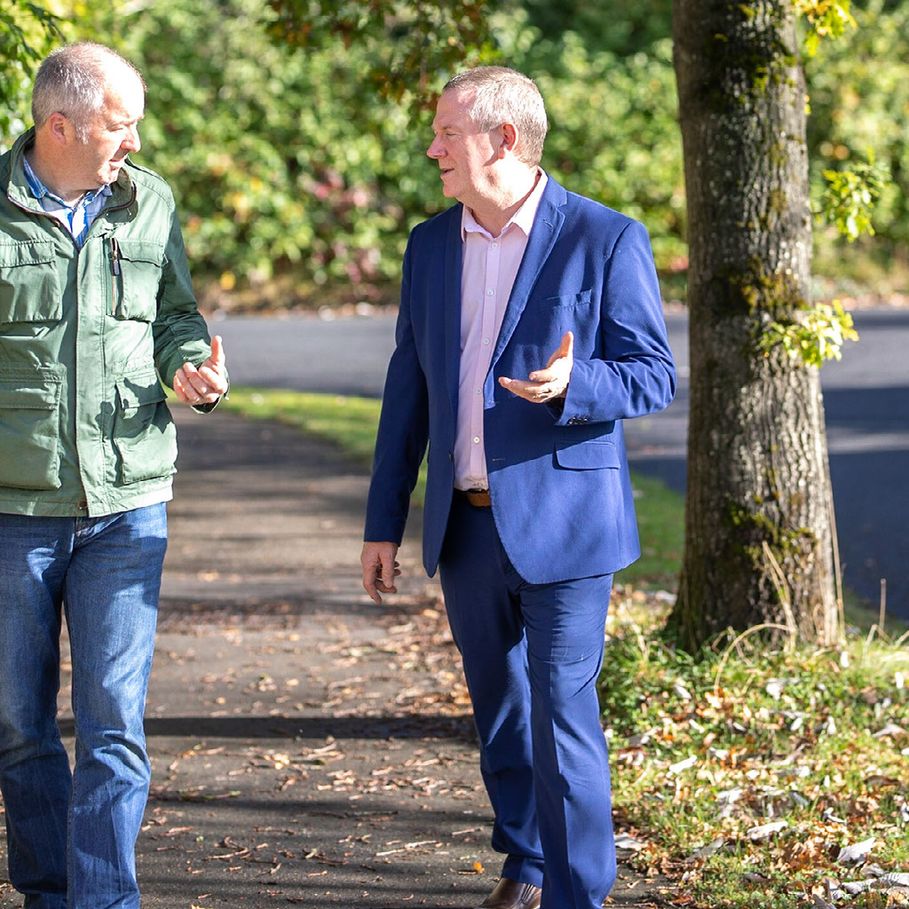 Ted and I chat about the brief

Our first destination was the beach in Rush where Ted is often found walking the family dog Bella. He does much of his thinking and it was key to show his reflective nature as he strolled the shores. 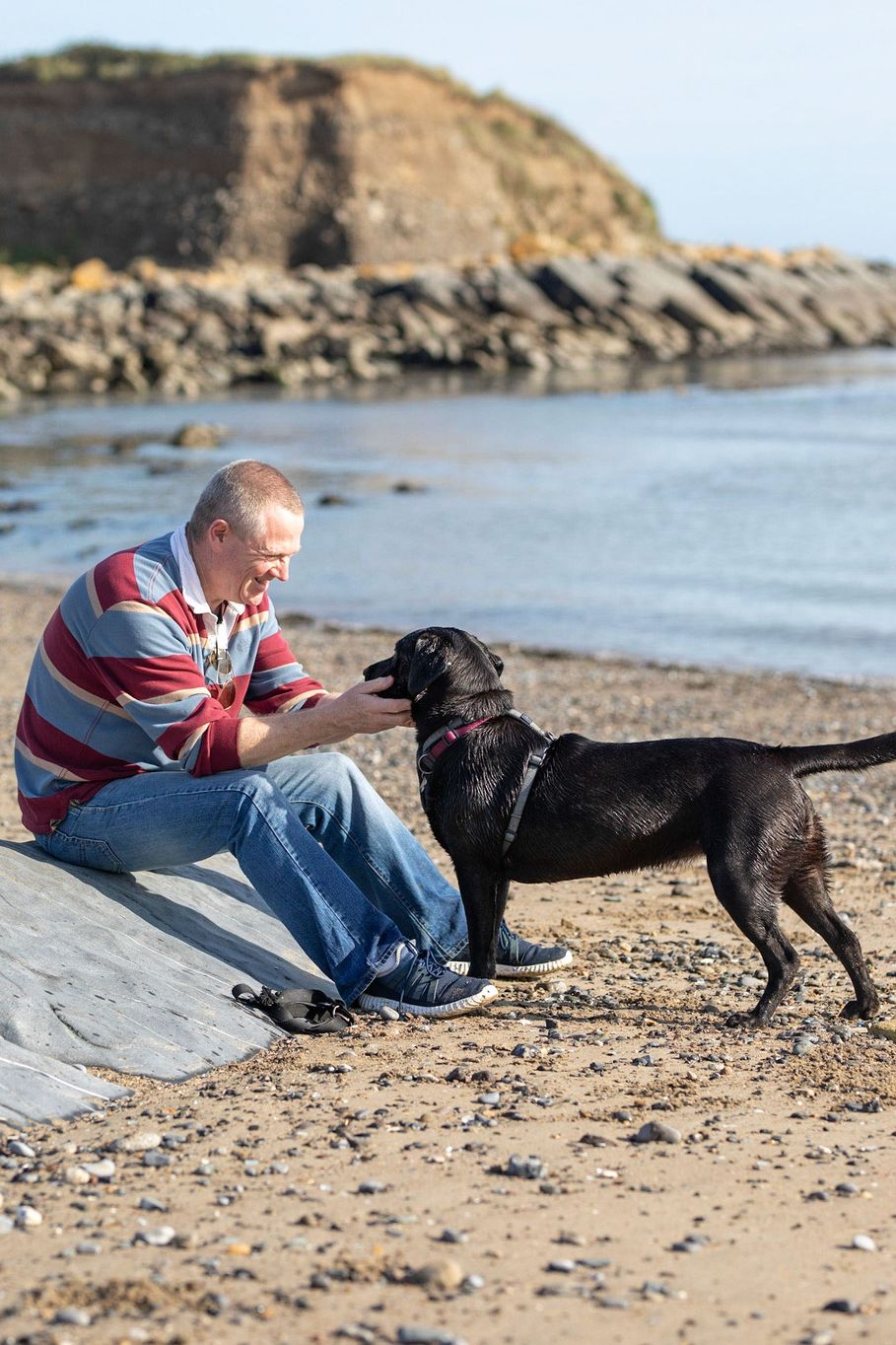 The next port of call was Ted's home town of Maynooth in north County Kildare. It's home to the University and as some of his services are directed towards students and potential career progression we agreed to take some key shots in the campus of the college. 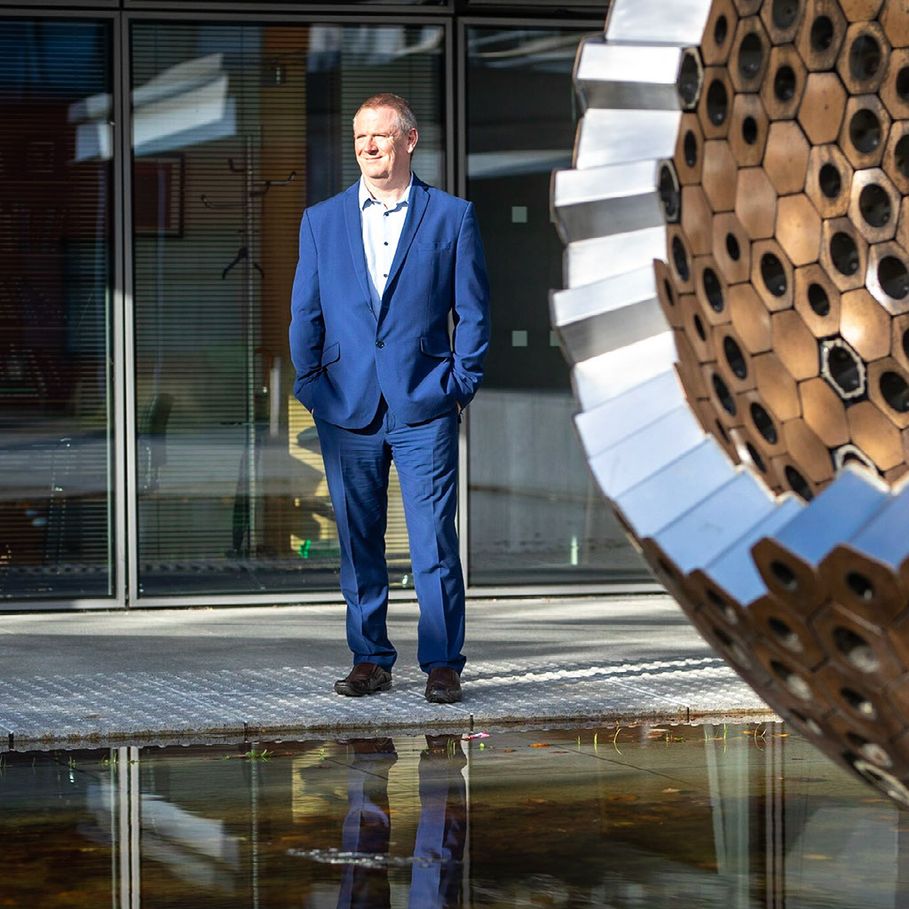 Ted in a reflective mood

I had an idea of an image that I thought could work well in the college. I wanted to show 'Ted keeping his head while all others were losing theirs' What added to this idea was the fact that we had to be careful not to be able to identify people in the image. Client confidentiality is hugely important to Ted and so it was crucial that no one was recognisable. With that in mind, I set Ted up in the middle of one of the Avenues, and we timed the shot to take place in between classes when footfall would be high. I stuck the camera on the tripod and set for a slow shutter speed so the masses were blurred out and got Ted to remain still so that he remained in focus. It came out pretty well. 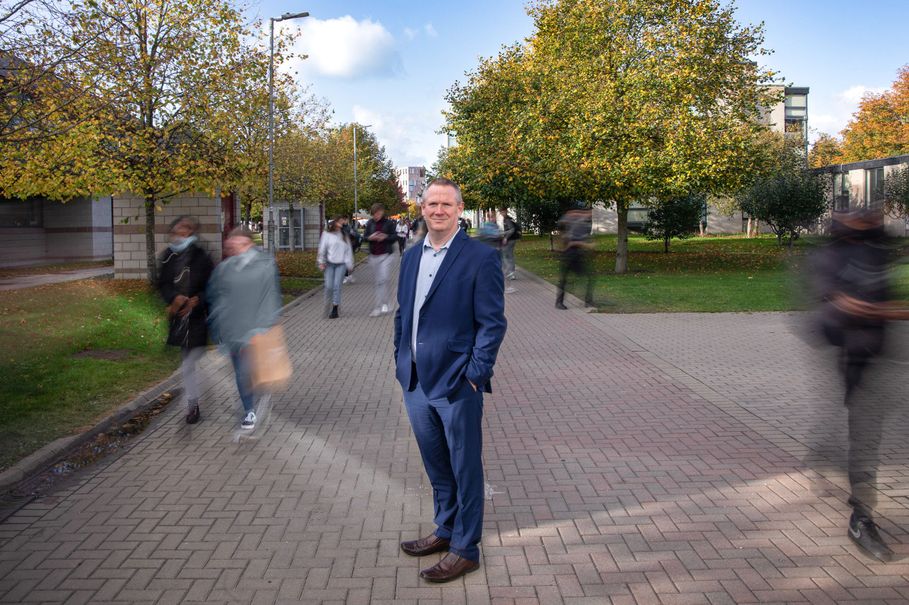 Ted keeping his head whilst all others...

A number of other images were taken in the campus and within Ted's offices which fitted the brief. I was anxious however to make sure that we had a powerful shot for his home page that would really help Ted stand out from his competitors. I had made a simple analogy about Ted when he had helped me some years previously. I felt as if I had all the pieces of the 'business jigsaw' muddled up in my head with no idea of how to structure them correctly, after working with Ted, he helped me find the straight edges and put the structure of the puzzle in place. I was then able to put all the pieces in the correct space within that puzzle. It was a simple analogy but one I thought we could use to reveal how Ted helps his clients...his two favourite tag-lines are, 'finding the answers within yourself' and 'Coaching brings clarity, clarity enables action' With this in mind I set up the camera and lights and took two images of Ted on either side of a table and created something akin to the 'Alas Smith and Jones' sketches from all those years ago. Here was a troubled Ted, anxious, confused, in despair with all the jumbled pieces of the business jigsaw falling all around him but he faced the calm and assured Ted who helped him find the way to put the puzzle together. All in all I think we nailed it. 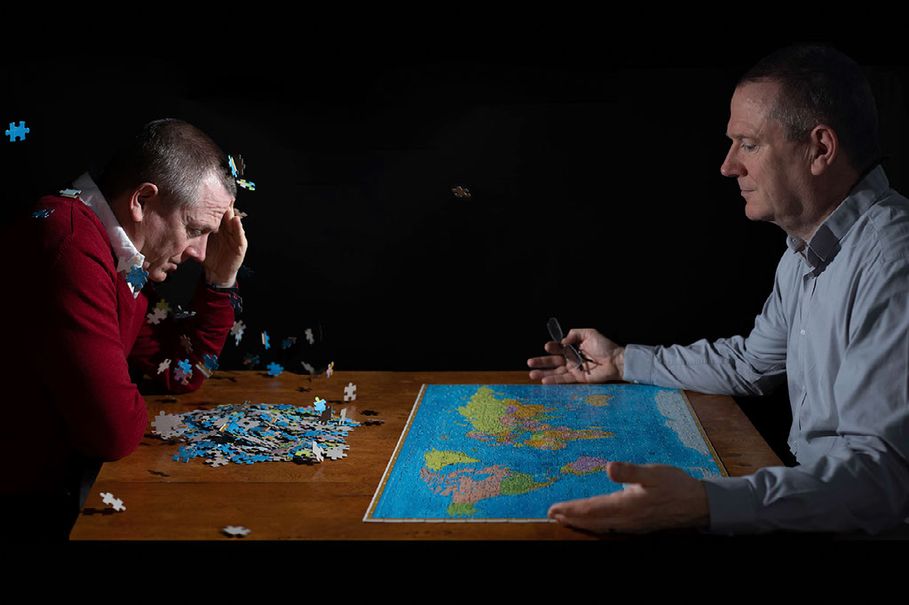 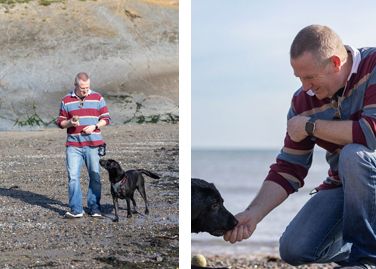 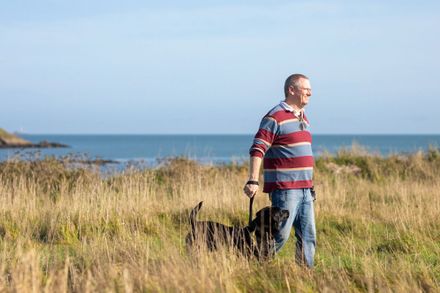 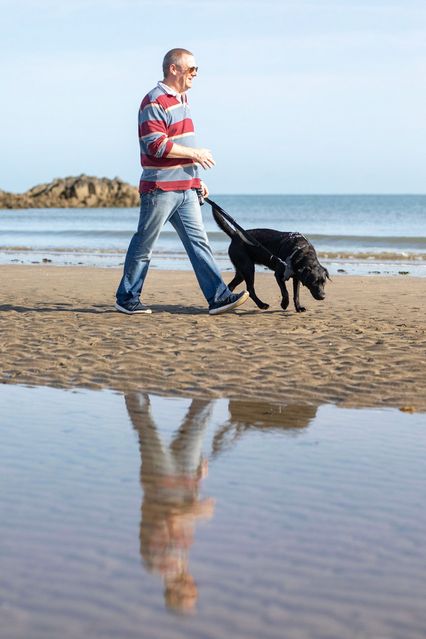 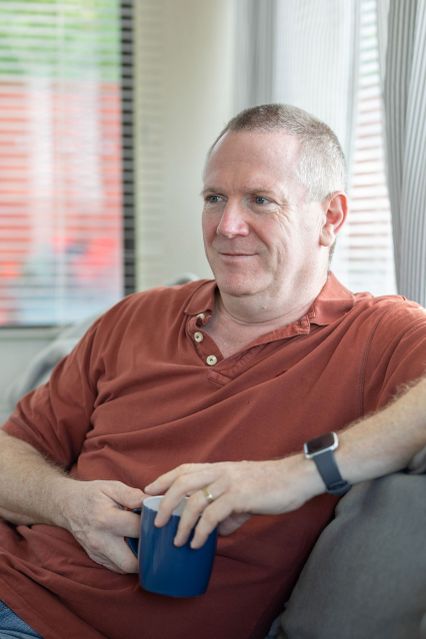 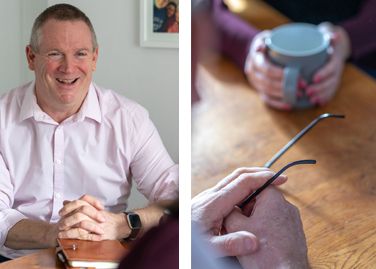 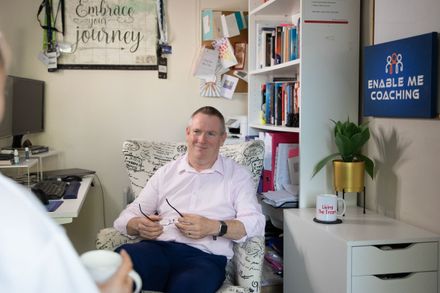 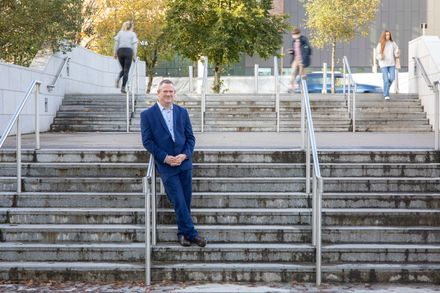 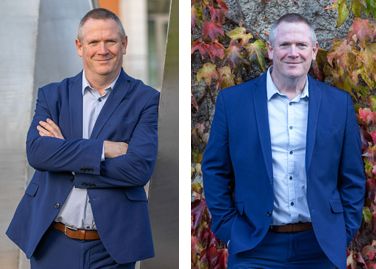 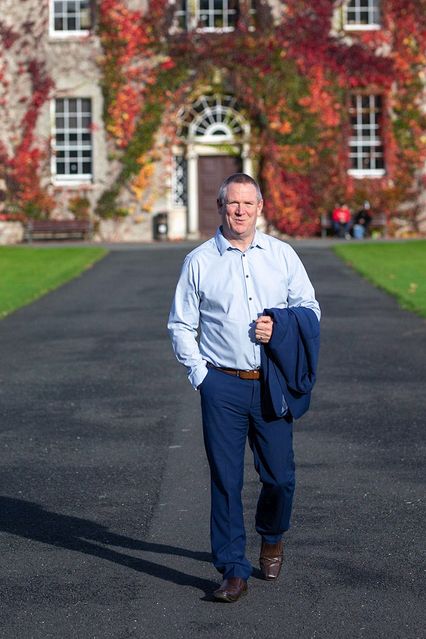 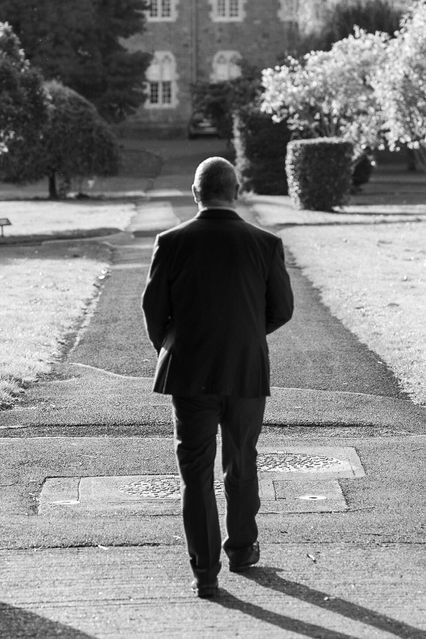 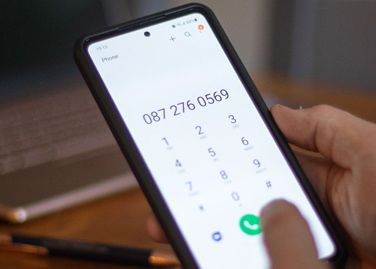 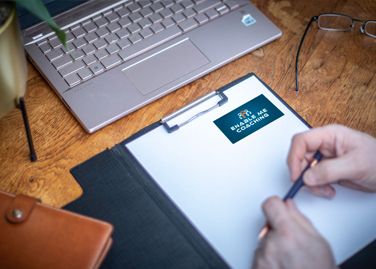 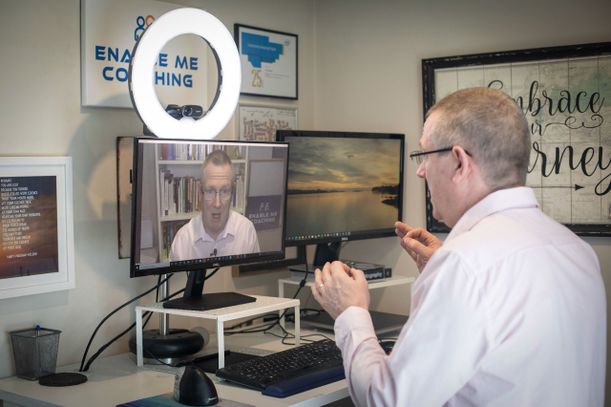 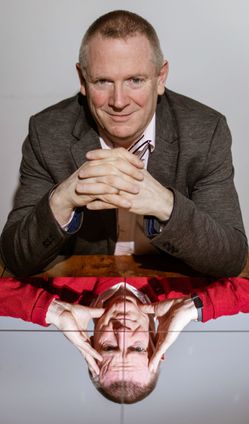