For most businesses, this page probably instils more fear than any other as we try and find a way to describe ourselves and tell our story without sounding too big headed or too modest. When I was compiling this narrative I decided to be as authentic as I could be and describe my progress from part-time hobbyist to full-time professional. Those that know me will tell you I can go on a bit so feel free to skip forward to the interesting bits.

I was born in Wales, some 50 odd years ago and grew up on a farm high up in the mountains of Carmarthenshire. My parents were dogged, hard working and passionate about farming, I, on the other hand was not! I knew from an early age that this way of life was not for me. After several years spent pen pushing in local government I finally found something I liked doing when I started pulling pints in a small pub. My gift of the gab and seemingly inoffensive personality meant I was able to chat to the punters about all things. I took this new found skill and set off for a year down under to travel Australia. I use the term ‘travel’ loosely as I spent more or less the whole year in Melbourne in a couple of bars in the city, PJ O'Brien's and, the wonderfully named, Pugg Mahones 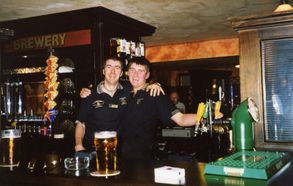 A bit more hair and a few less pounds

Towards the end of my time in Oz, I got a nice chunk of my tax back and chose to invest it wisely in my first camera, a Minolta Dinax 500si and my love of Photography began but more on that later. Having built up a nice network of friends from Ireland during my time in Australia I decided to head back to the northern hemisphere, to Ireland in particular, and got a job as a bartender in one of the country's most iconic pubs. I spent a number of years, 16 of them in fact, behind the old timber bar meeting people from all walks of life. I had been snapping away with the Minolta for a few years at this stage and started taking some images of Dublin which many commented on. After selling a few pictures I realised that I might have potential to earn a living from it, and with the support of a few friends, I began shooting weddings. In 2005, I set up Celtic Photography with a view to going full-time. Whether it was the arrival of the horrendous recession in 2008 or just my own insecurities my ambitious plan was put on hold until, several years later, when I had turned 50, I finally decided the time was right to change careers and I gave up my life as a bar manager and began on the road as a full-time Photographer 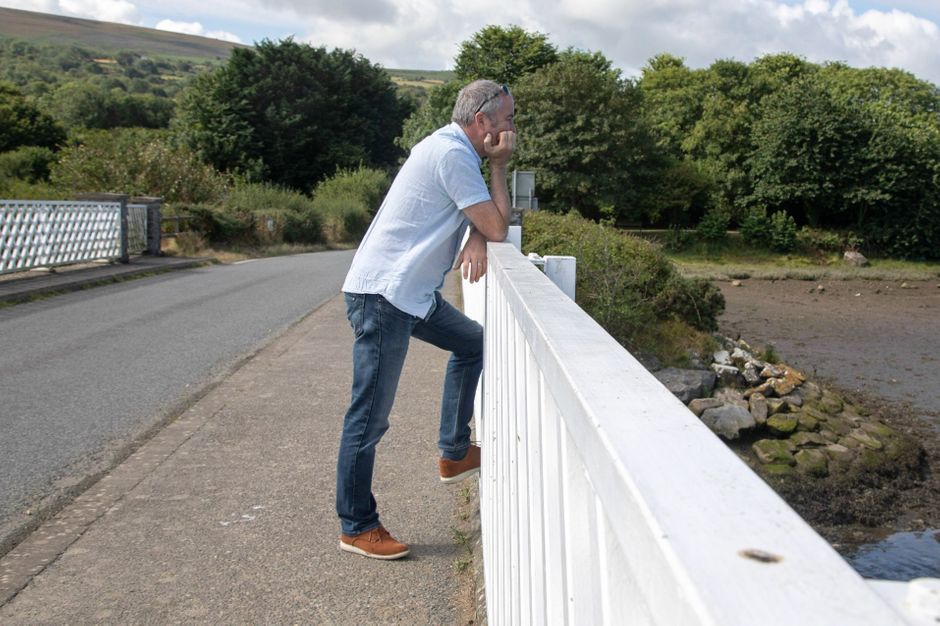 "A penny for them" Newport, Pembrokeshire, Wales

Quite what I had in mind when I set out is anyone's guess. I recall posting a status on Facebook announcing my new venture and almost sitting back going "well thats grand" and then waiting for the phone to ring. I learnt that lesson very quickly I'm glad to say. After a few weeks, I joined the Kildare Chamber of Commerce, and that was the best decision I could have made. The help and support I received from my peers within the group was worth far more than the business I did. Don't get me wrong the business was valuable but it became apparent after some months that it wasn't going to be enough to earn a living so I had to take a long hard look at myself and where I was heading. The introduction of another photographer into the group highlighted the need to be focused and, perhaps, more specialised. I spent the next 6 months telling the world I was a website photographer. Whilst there was nothing particularly inaccurate in that as most of the images I was taking were for up and coming companies that needed new images for their websites. The thing is that website photography as such doesn't exist. Back to the drawing board.

On the job, Mondello Park, Kildare

Never be afraid to ask for help

With things stagnating somewhat, I remember being at a Chamber meeting one morning and one of the members did a ten minute presentation for the assembled group. Something resonated with me that day and I realised that I needed a new approach. I engaged the services of an amazing business coach called Ted Walsh of Enable Me Coaching who I have spent several months working with since and who gave me the confidence and belief to find what it was I really wanted to do. I stripped my business back to the bare bones and started again. I wrote a new business plan, mission statement, did a S.W.O.T. analysis, came up with my core values. I knew I had a lot of good creative ideas but like the pieces of a jigsaw I had no idea how to put them together to create a viable business. Ted helped me put a structure in place and I realised at this point that what I really liked about the website photography I'd been doing was the variety of jobs that came up and the different challenges each one presented. I was able to apply my creativity and imagination and come up with original material for each client. Of course, I subsequently realised that what I had been doing all this time was Brand Photography. 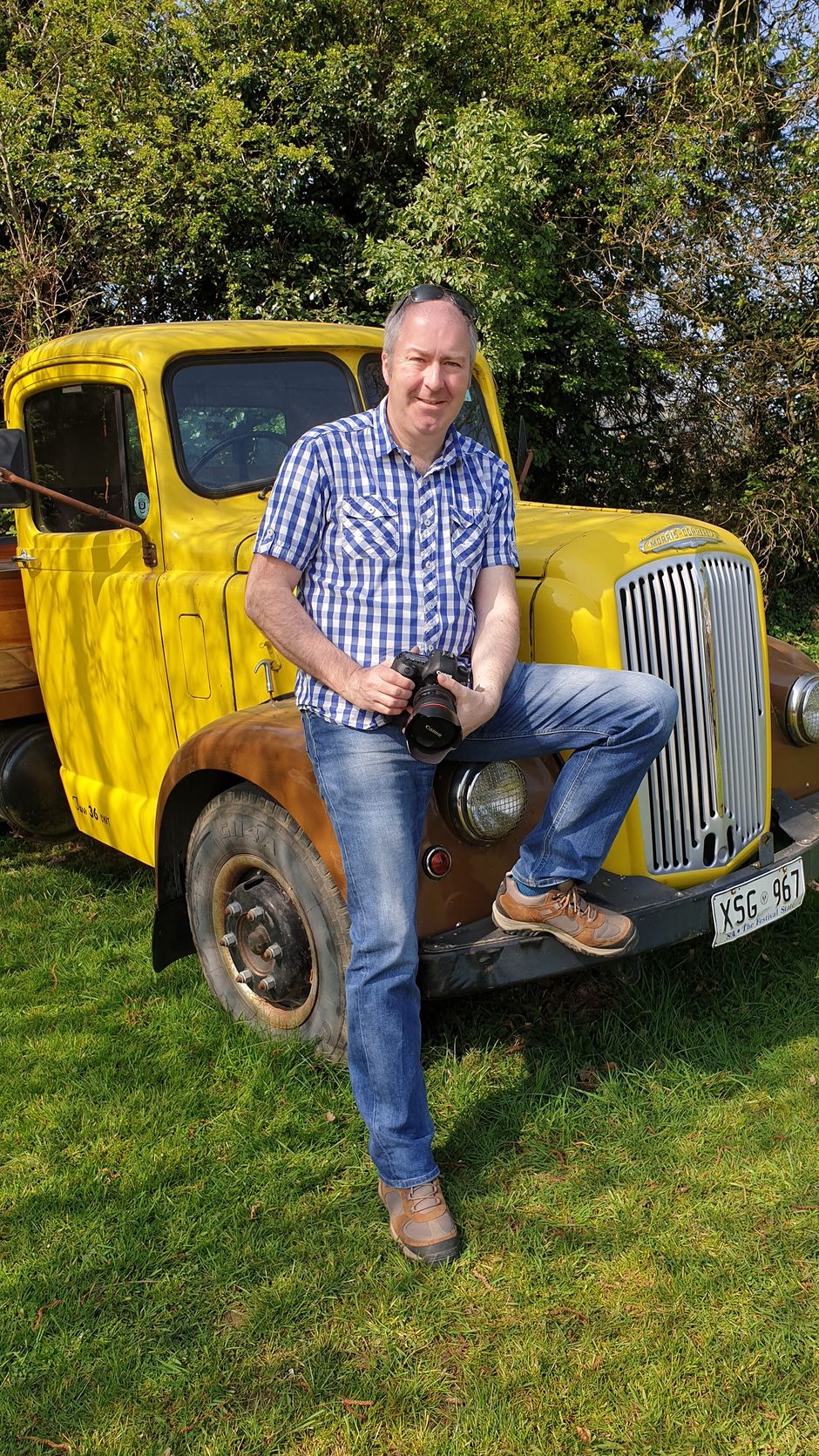 My Own Personal Brand..oh and a Morris Commercial LC5 dating around 1953

Where to from here?

So this is me, and I used this new website as an example of establishing a brand. I've taken on a new logo, I've got my blessedly patient wife to take lots of images of me in different locations and I've spent a long time researching and establishing exactly what MY story is. I looked back to where I grew up, around where I live now, what my interests are when I'm not clicking the shutter, what my attitude is to the world around me and more beside. There's nothing quite so revealing as taking a good hard look at oneself. 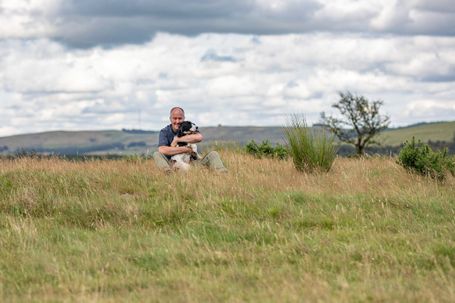 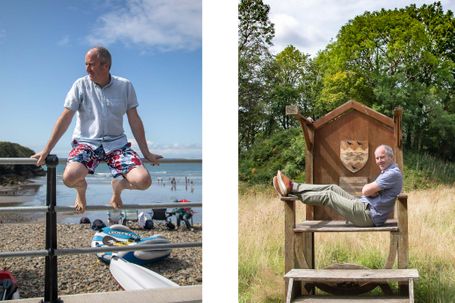 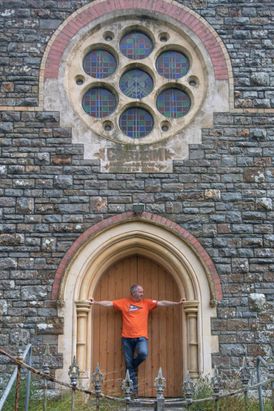 A glimpse of my past

These images show me in and around my home in Wales. I'm very proud of my roots, love bragging about being Welsh whenever I get the opportunity, normally around the time of the six nations! My wife would tell you I get quite nostalgic and sentimental whenever I go home. I particularly love the image of me on the trailer as it reminds me of when I used to be the chief bale stacker at hay time...mainly because I couldn't drive a tractor and wasn't strong enough to lift the bales onto the trailer. Of course, its now mostly big bale sileage but I still get goose bumps when I smell the grass cooking in the hot summer sun. 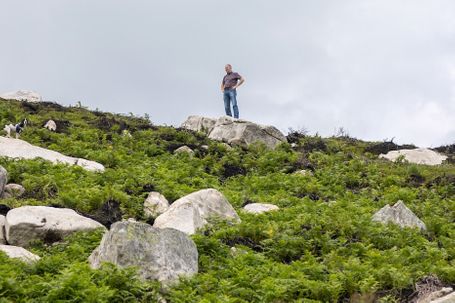 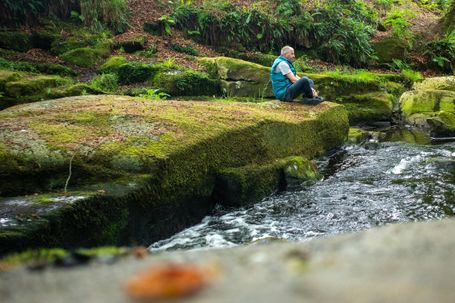 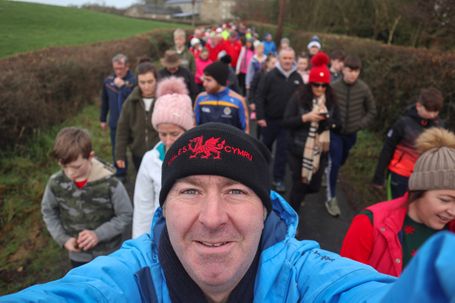 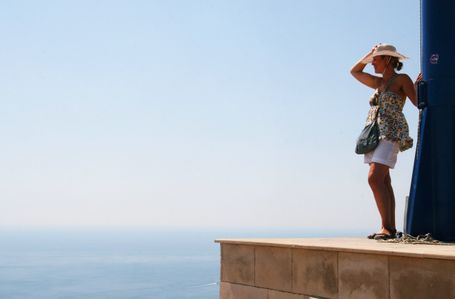 A glimpse of the present

As a photographer, and one with a passion for landscape photography, you'll often catch me either up in the Dublin and Wicklow mountains or patrolling the beaches of the east coast. Anyone who knows me, knows that I'm a bit of a sports nut too. I was brought up on rugby, of course, but since I've lived in Dublin I've discovered a massive passion for Hurling. Whether sharing an apartment for ten years with a Tipperary native influenced me I'll let you decide, but I've been fortunate enough to attend 6 All-Ireland finals at this stage. Check out my blog when I give a blow by blow account of what its like to be a welsh hurling fan.

Of course, none of what you're reading here would have been possible without the incredible love and support of my beautiful wife, Yvonne. She's my rock. She's also from Tipp, I've no idea if this was a conscious decision on my part but it was certainly a lucky one.

and that, ladies and gentlemen is MY story. It's definitely an advantage understanding how to approach a client, determining their personal brand and knowing how to tell their story when you have gone through the process yourself.

The new logo designed by the amazing guys at wedomedia.ie

What does the future hold? Well who knows, but my aim is to become one of the foremost Brand Photographers in the country. Aim big I say. I love the variety of challenges that come depending on the type of businesses I'm working with. These challenges enable my creative juices to flow and to date, I've had nothing but very happy customers...long may that continue

I love my job!