We were approached by Niall Reck of Graphedia  regarding this company as they were looking to update their existing site and photograph the new fleet of trucks they had commissioned. Michael suggested a shot of the whole fleet in the yard and maybe a few out on the road.

We were just coming out of lockdown and as everyone knows we had been blessed with a good run of weather. It was a little easier to plan for this shoot, therefore, as we knew we had a good chance of getting a few fine days together. Michael's warehouse is in Carlow so I met the talented Dave Kenny from Green Road Media on location who was shooting video for the website and we set about getting the shots they were looking for. It soon became apparent that we weren't going to be able to shoot everything that was needed in a single day. So it was agreed that we would shoot the warehouse, lifestyle and headshots one day and then return the next day to grab the 'action' shots as it were.

As it turned out we did the opposite, the warehouse was quiet on this morning with little action and Michael was keen to show the whole operation in a busy warehouse so we switched tactics and decided to do the road run's on Day 1 instead. Michael was keen to get a shot that showed all the trucks on the road at any one time. The issue, of course, is relying on other traffic and timing. It was apparent that it was going to be very difficult to grab a single shot where all the trucks were perfectly timed. Obviously, as we were using the local M9, if we missed the shot, they would all have to drive down to the next exit and turn back which was a time consuming and wasteful exercise. I had pre-planned a couple of locations, the first was the exit from Bagnelstown on to the M9. I had a particular liking for this as it had split crossings over the motorway. I instructed the fleet to cross over the motorway first over one bridge and cross back into Bagnelstown on the other. Then they were asked to drive down the slipway onto the M9 itself. 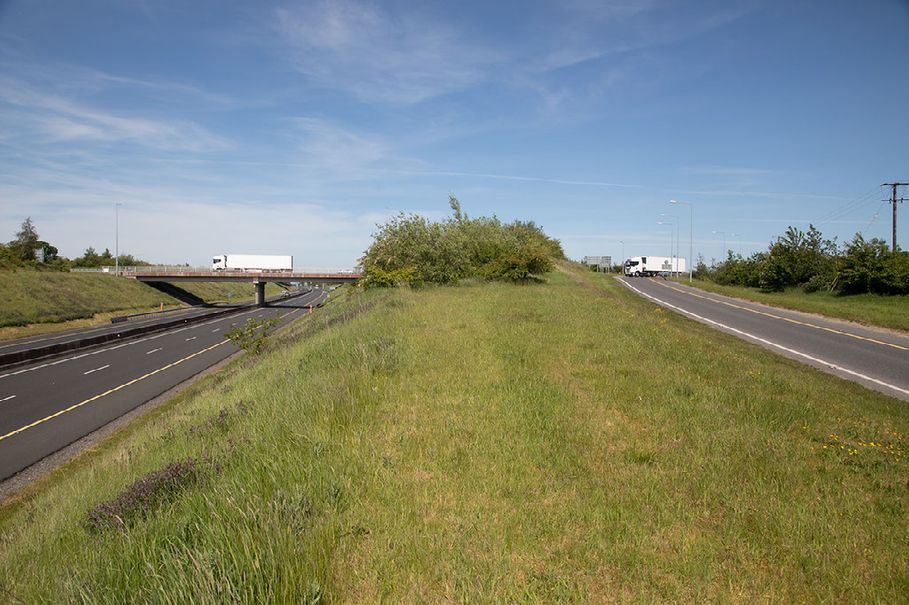 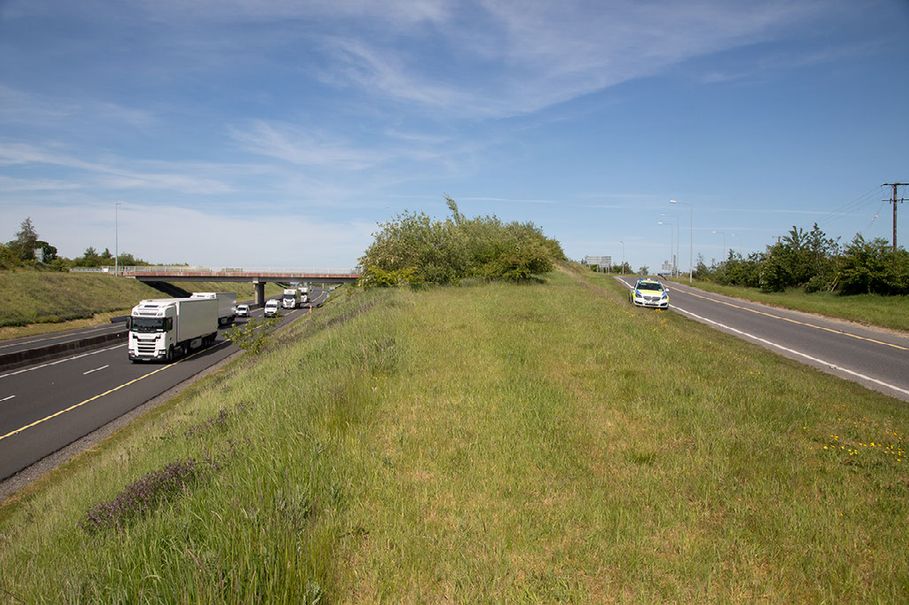 We drew the attention of the local Gardai at one point...it was interesting explaining what we were up to but they took it in good spirits! My plan was to merge the three images into one which showed the whole fleet....the result of which can be seen below.

The next spot was the Kilkenny exit but it proved too awkward and dangerous to try so we travelled on. Michael had suggested the new bridge at New Ross and a bit of research had shown up the magnificence of this structure. It certainly looked the part. Again I took several shots as the trucks drove past several times in both directions.

Whilst the shot was impressive I felt I could do better and knowing the sun was due to set in a few hours I suggested that we get a dusk shot. Michael and the lads were having a blast driving around the place and so they were only too happy to hang around.

We returned the next day and the contrast was startling as the warehouse was all action and the trucks were getting loaded with stock due for delivery all over the Iberian Peninsula. I was working with David again and trying hard not to get in each others way we spent a number of hours shooting the lads from Tranziberia in action. 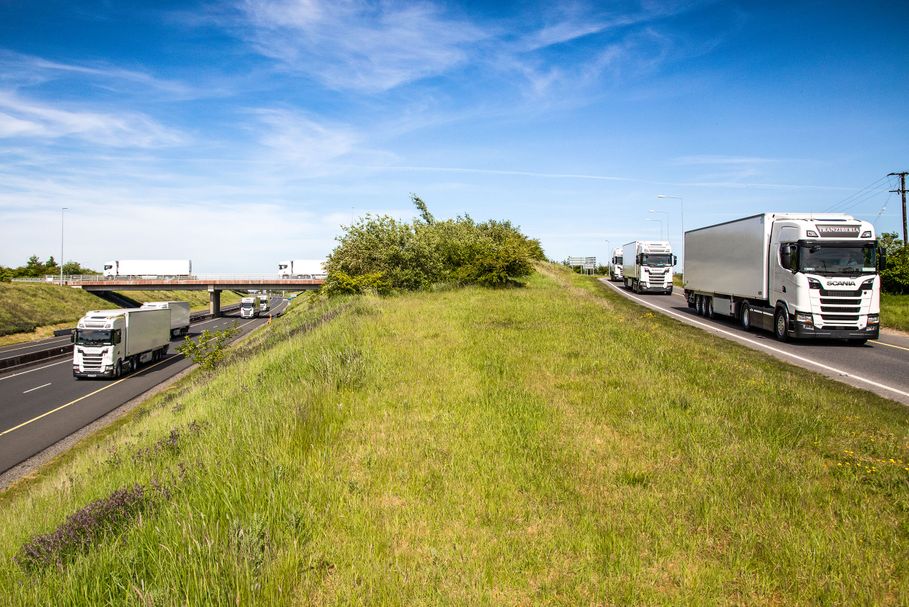 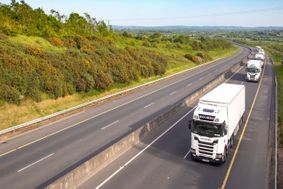 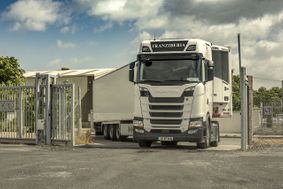 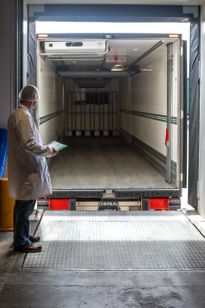 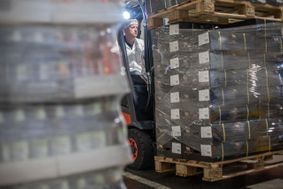 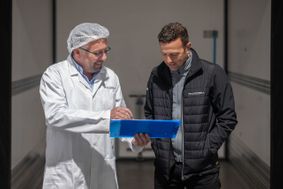