Clive Buckley, the owner of New Look Tiles & Bathrooms has recently rebranded and wanted some brand photography done that he could use on his website and for social media. He was very proud of the his company vans which he'd had wrapped so they had to be included. He'd also bought clothing for his lads that was endorsed with the company logo. This was all part of the directive.

This is actually three shoots in one really as two of the bathrooms were only recently completed so Clive asked me back to shoot them. The main shoot took place last year and began with headshots of all the lads. I suggested to Clive that he could use a neutral outdoor area with some nice foliage in the background. The natural colours would complement his new company brand. As is always the case, a couple of the guys were a bit nervous to begin with but having spent 20 years as a bartender, I've a thing or two about learning to engage with people. We chatted for a while before getting started and whilst this definitely helped, having the rest of the lads standing behind me pulling faces while each subject posed was probably the reason the guys look so relaxed.

The next stage was getting a group shot with the vans. We were a little short on time, the lads had a job to go to so I was conscious of this. We nipped into Phoenix Park and found the perfect spot. I set up the vans in such a way that we could get a wide-angle shot, suitable for a banner size image and took a couple of images from different angles. A couple of months after the initial shots were taken, one of the guys had left the company so Clive came to me and said...

"Can you take ya man out of the picture" 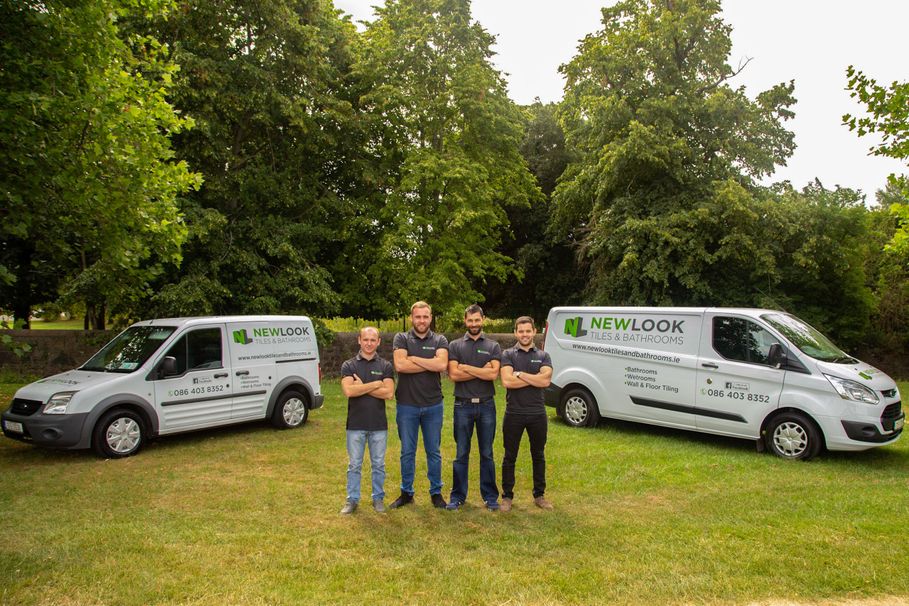 I could have used Photoshop to remove him but that would have left a hole in the middle of the shot which clearly would have looked out of place. In the end, using Photoshop, I divided the image into two and literally slid one half over the other to hide the guy who'd left. I tidied up the edges and it looks pretty perfect...even if I do say so myself.

The initial shoot finished with a recently completed bathroom. Bathrooms are often very confined spaces so its important to get as wide a shot as possible. I used my 14-24mm lens to get the wide-angle shot the situation demanded.

Obviously I must have done something right as Clive has commissioned me to take two further finished projects for his site since. 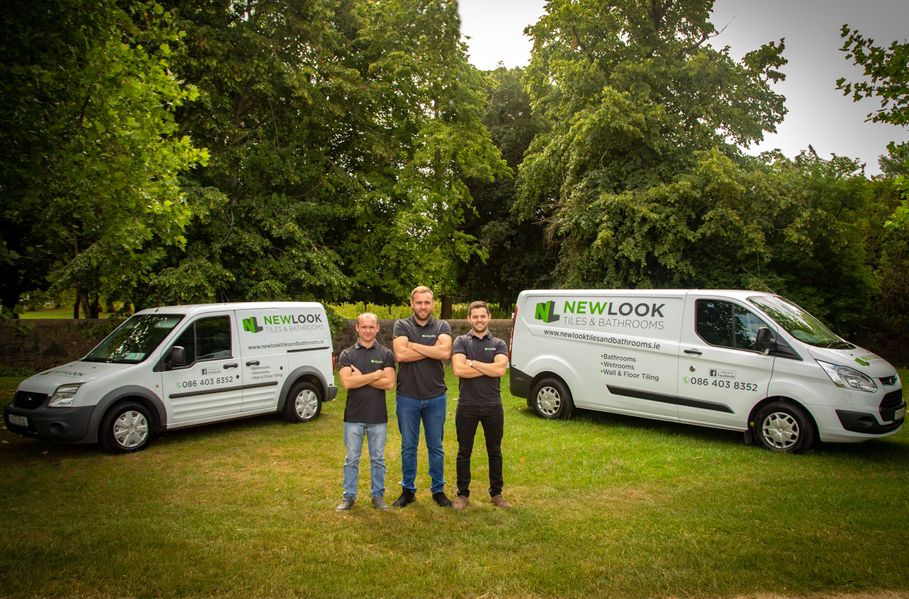 Clive & his team at New Look Tiles & Bathrooms without their colleague 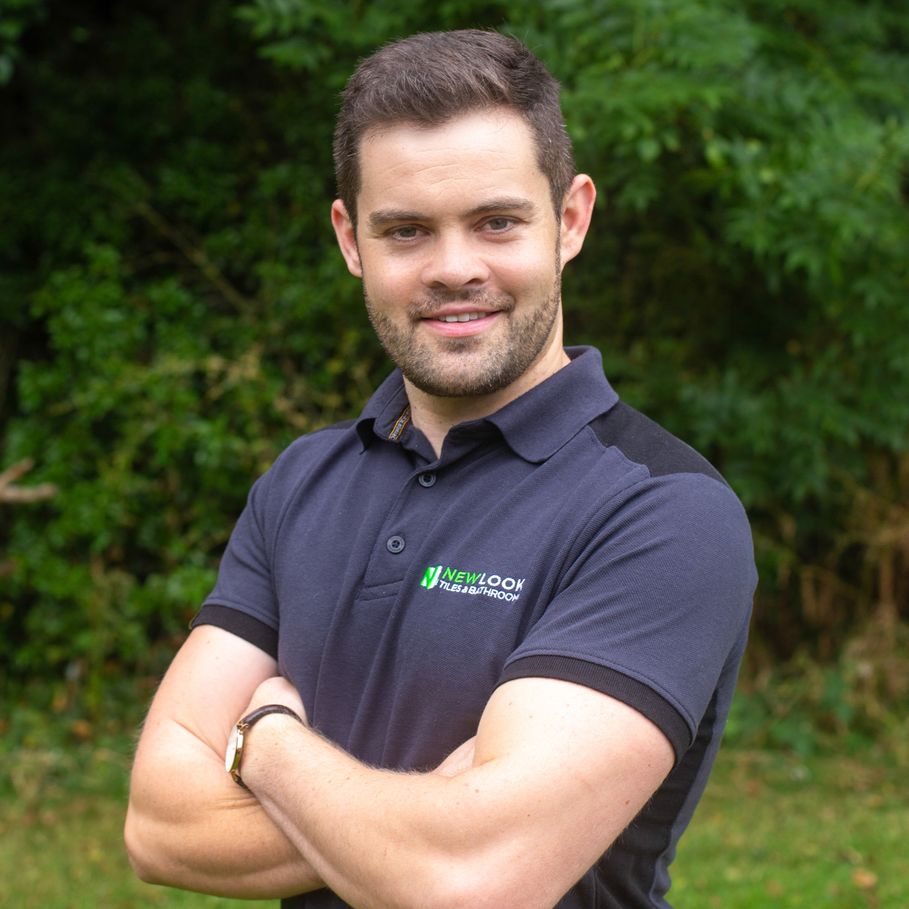 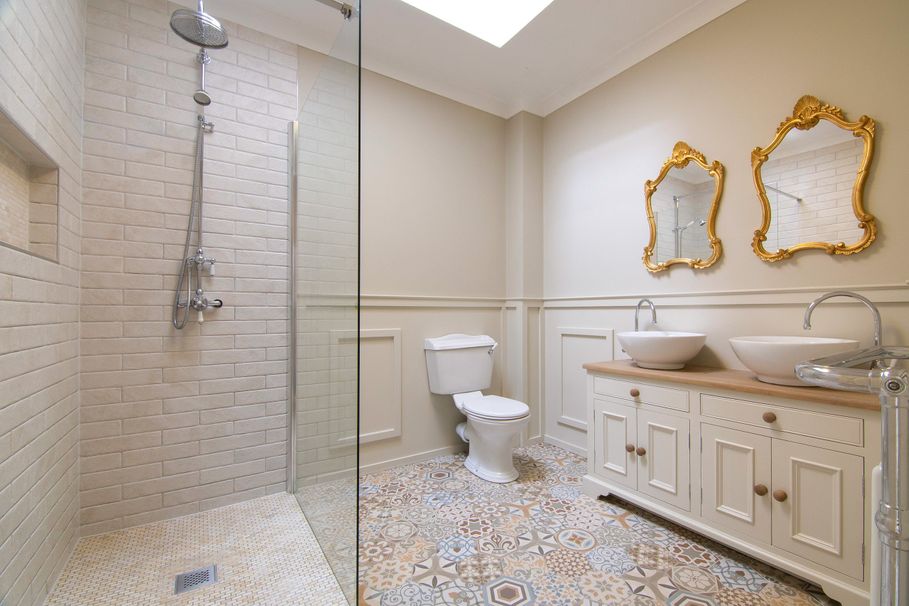 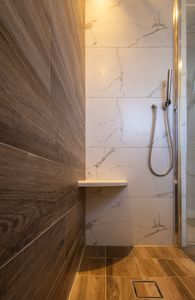 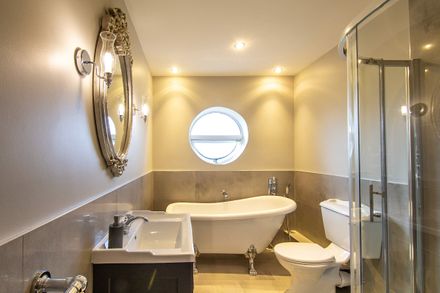