Catherine contacted me about getting some Brand photography done for both a new website and social media marketing. The job was actually two fold as Catherine has two strings to her bow, she's a yoga and pilates instructor but also helps companies with their export strategy, especially Irish artisan products to her homeland in France. Both her trades are mutually exclusive so it was important that the images reflected that.

The photoshoot began with another early start, this time 5am in Phoenix Park. Whilst Cat doesn't have her own studio she is based in Chapelizod so it made sense to try and capture an image that featured the iconic Dublin landmark. The images of Cat performing some of her favourite yoga poses were an obvious choice...even if they made me feel slightly inadequate! I deliberately chose that time of day, partly because it resulted in a lovely sunrise but also to create the lovely silhouette effect. The shape of the body is beautiful and very calming in these images. For variety we also used the gardens in Farmleigh for which we had to get permission from the OPW. It pays to plan ahead sometimes.

The second part of Cat's job is as an exporter and we decided a few sample shots of her in a completely different guise was appropriate. She needed a more business like image and we set these images up in her own office. To complete the directive I set up a shot of Beer & Cheese in a nice outdoor setting. I used a shallow depth of field so as to preclude from using a specific brand. I also used a fairly slow shutter speed to capture the beer pouring. 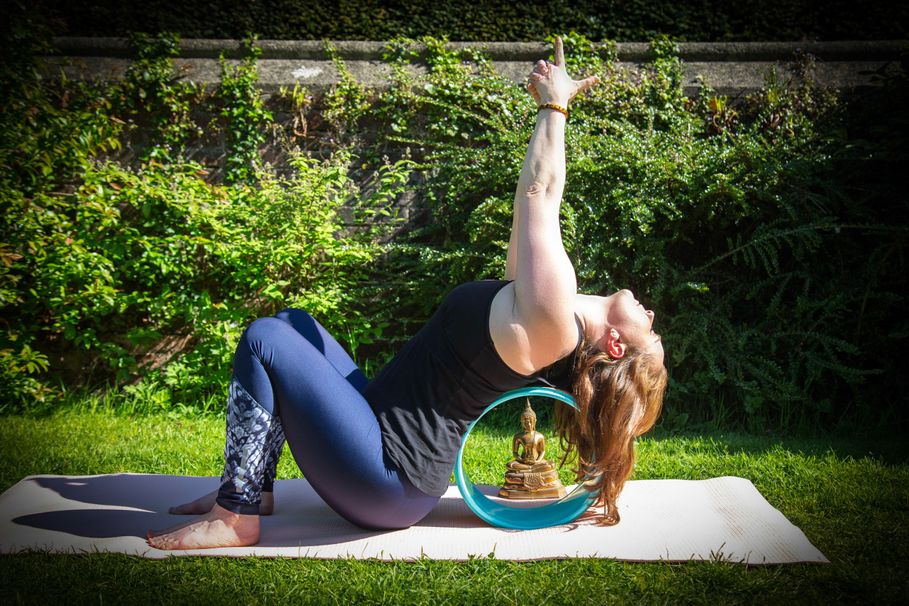 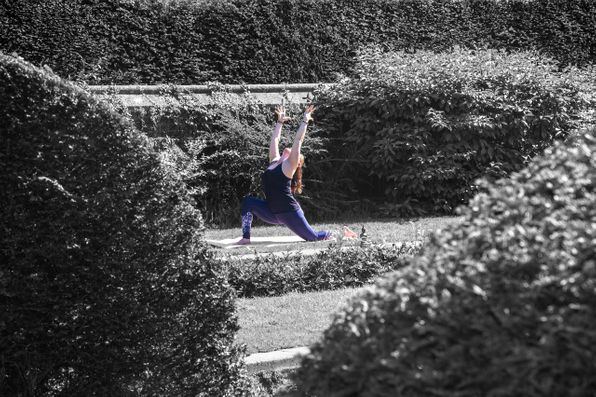 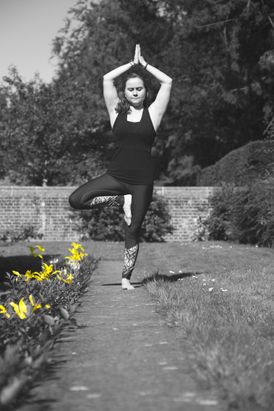 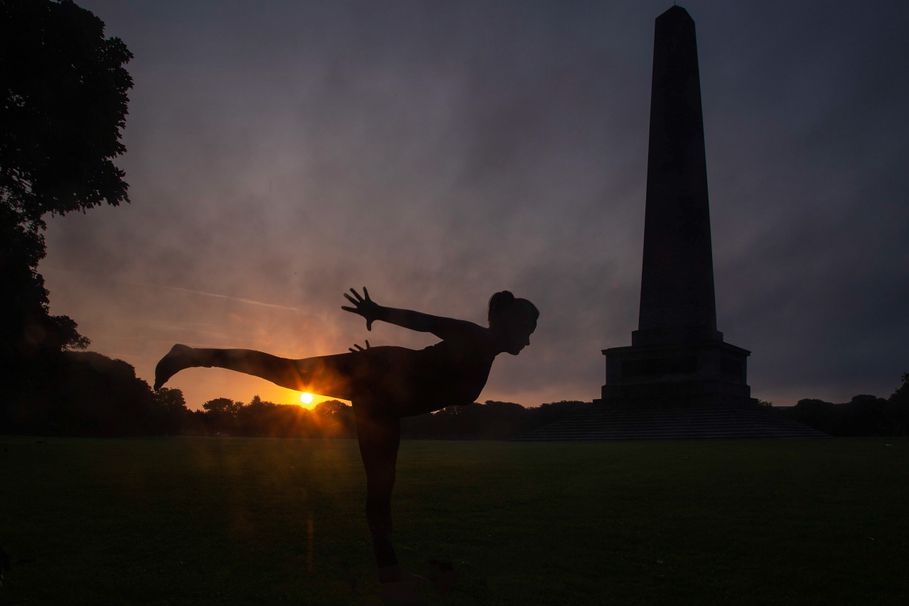 Yoga instructor, Catherine Bernard, goes through the motions near her studio in Phoenix Park. A great lifestyle shot 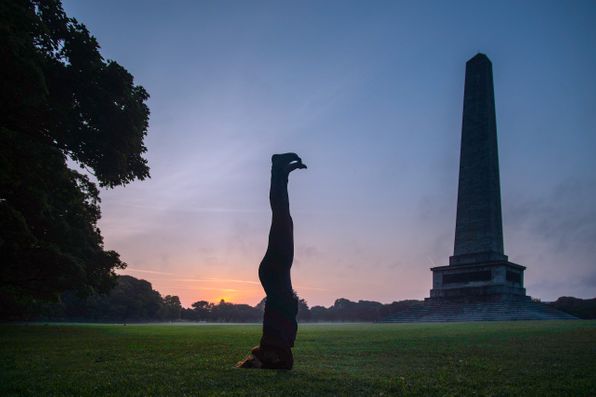 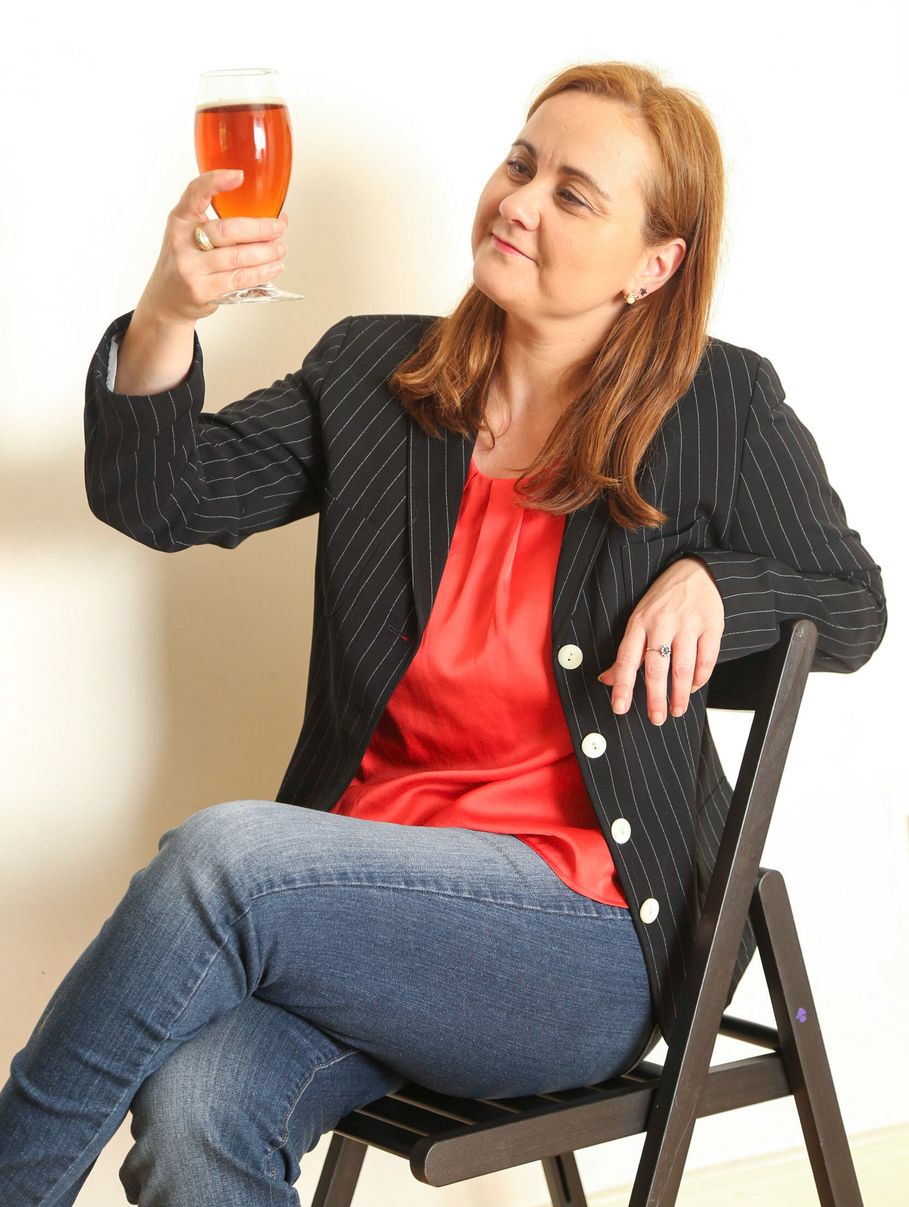 Cat, some cheese, some beer and her Cat! 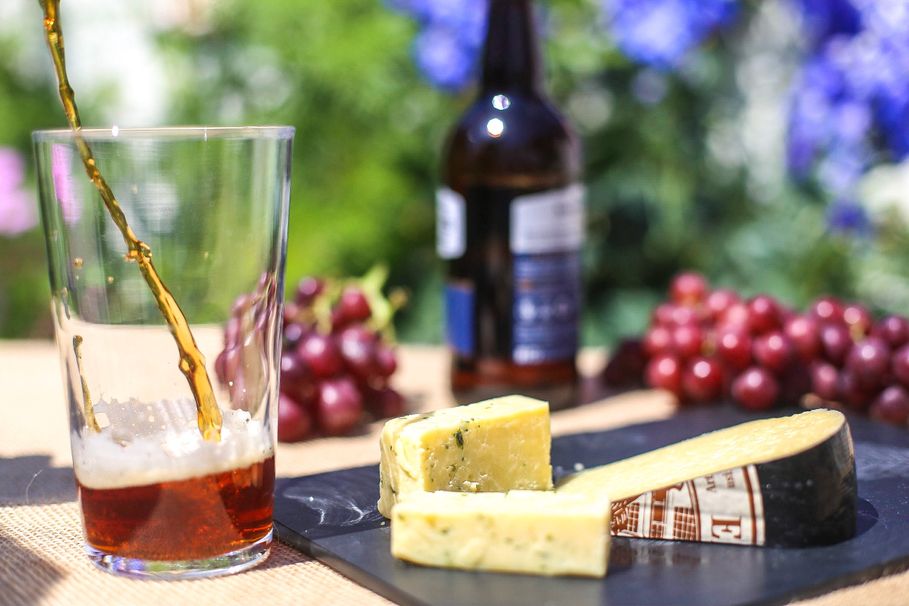