One of the best recommendations you can get as a photograher is when a client comes back for second helpings (pun intended) and so it proved when I was contacted by Siobhan who needed some product shots for their new website. A couple of weeks after completing that I was asked to shoot a couple of staged shots for a new product they were launching in collaboration with Eddie Rockets.

Siobhan and the team had given me a comprehensive list of all the products that were available for order and it was important, in my opinion, to have a degree of consistency so that it would be easier for their customers to be able to compare products. They also wanted some themed shots which offered me the chance to be a bit more creative and we had great fun putting these shots together. I was given an office to myself to set up in which was empty all bar a basic desk. The first problem was going to be deciding what surface to use. Food photography often works best on rustic wood or stone so I set about trying to source the same but struggled. I was almost out of idea's when I ventured into a well known builders merchants and spotted, of all things, some laminated flooring which I gambled might work. You can see from the image above that it works pretty well. We both sourced some props and I set about putting the finishing touches to the sets. 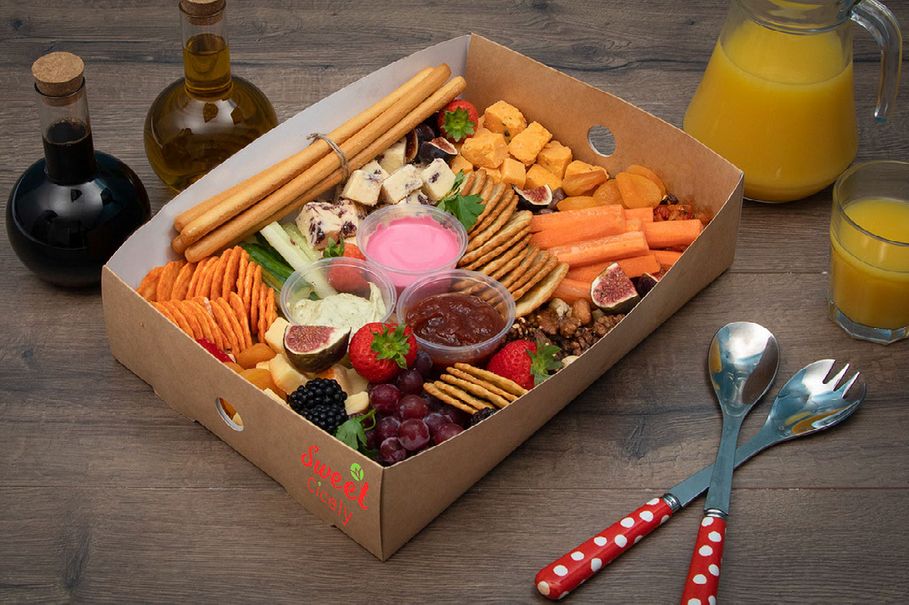 Once the lighting had been set up correctly the kitchen started sending up the different boxes and I set about salivating at the delicious food on offer. We set up each product within a subtle setting, office lunch, afternoon breakfast, mediterranean and so on and then shot a complete range of products within one setting.

As each group of foods came up I took a few close-ups to show off the attention to detail that Sweet Cicely put into their offerings.

This was a two day shoot, with the breakfast and lunch offerings shot on day one followed by the afternoon tea, anti-pasti and salads on day two. The challenge was to try and offer up different surfaces and backgrounds for the shoot and Clodagh suggested using a couple of rolls of wallpaper that they had lying around which were left over after papering the main office. As you can see from the above shot it offers up a bright alternative to the blue wall used in other shots.

A couple of weeks after the main batch of shots were taken, Siobhan got in touch and mentioned a promo they were doing with Eddie Rockets and wondered if I could take a couple of shots of the boxes they were putting together for them. I duly obliged in the Eddie Rockets in Walkinstown. The sun was beating in which made lighting awkward. Exposing for the background meant the food was underexposed and vice versa so I located a shaded booth instead. Shooting using a tripod and placing an off camera flash under the table created a pleasing shot that seems to work. 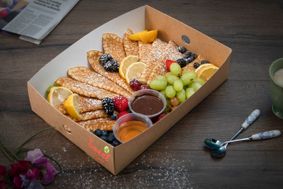 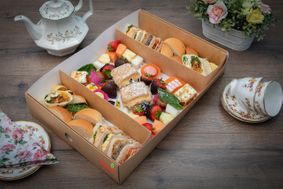 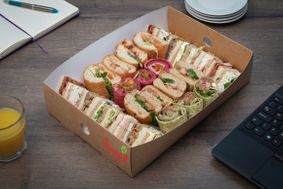 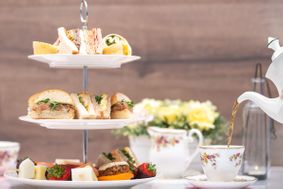 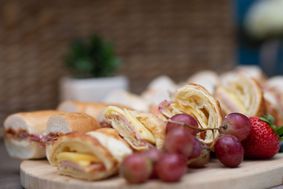 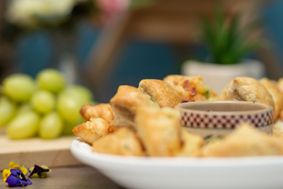 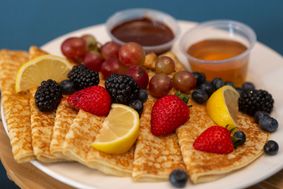 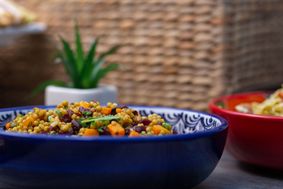