I met Siobhan at a house party I was working at and I must have done something right as she engaged me to shoot some Brand photography for her fantastic catering business.

The emphasis was on images optimised for social media marketing. Whilst they may make their way on to the website, the key was on simple images that could be manipulated for Instagram.

She also wanted to get some shots of the team of staff she has in her unit in Rathcoole.

To get a full appreciation of all the different facets to Siobhan's business it was important to spend a full day in the kitchen with all her staff and follow the process from start to finish. The Bakery staff arrived at 5am and set up preparing the breakfast meals both traditional and continental. Once these had been prepared work began on the lunch menu. Meanwhile, the delivery staff set about filling the vans with the breakfast platters ready for delivery. 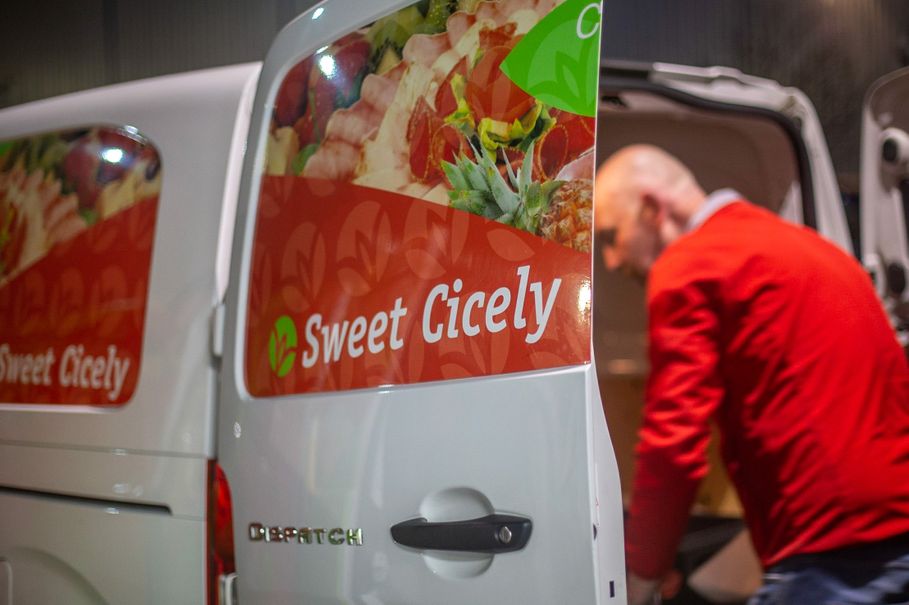 As the sun started to rise, with half a day's work already done, it was important not to take the foot off the gas so to speak and after a fairly easy going first three or four hours, all staff hit the autopilot button and it suddenly became an incredibly busy environment. I had used the tripod at different times in the early morning, set the camera on a slow shutter speed to get the movement of the staff. 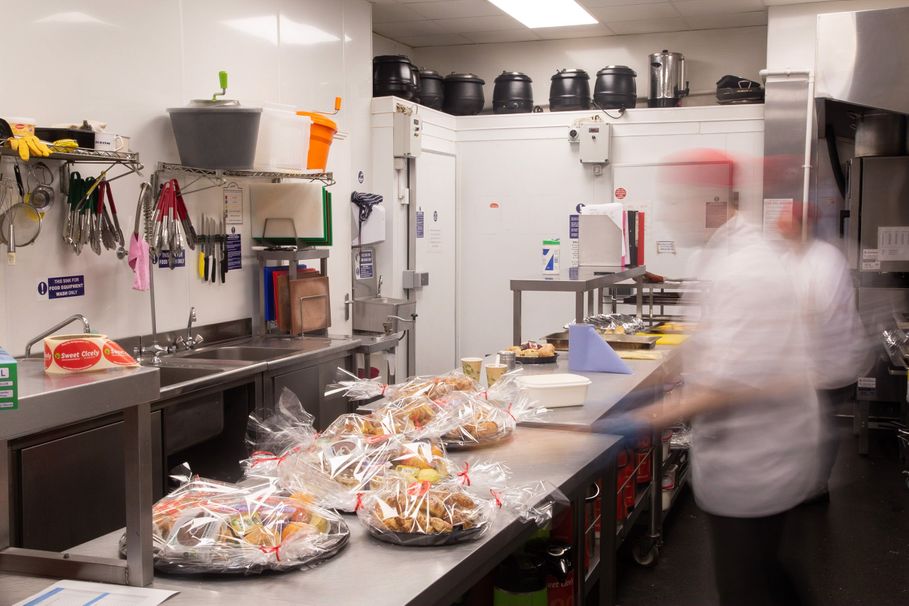 There was no chance of repeating the same now, even if I wanted to, as it was just too busy an environment and the legs of the tripod would have definitely caused a catastrophe had I tried again. One of the benefits of arriving early and spending lengthy periods on location means that you start to build a rapport with the staff so that they afford me a little more patience and appreciation when they see the efforts I'm putting in. Whilst the staff were very busy there was a palpable energy in the room, very positive and everyone seemed to be happy and jovial. I wanted to capture this to highlight what a positive working environment it was.

The lunches came and went and were accompanied by the cakes, pastries and desserts. A complete menu from start to finish. The pace eases off again once the main meals have been loaded and the vans set off but, of course, we needed to get the team shots at this point and with the food needing to be hitting the road almost immediately it was imperative I worked quickly and efficiently. I switched to my wide angle lens to get all the staff in and then did all the team shots individually. The images needed a bit of work to tidy up the outside of the industrial units. Well established units like this are probably neglected, certainly on the outside, so there was a good bit of tidying up to do and I used Photoshop to superimpose some business signs in place of the long redundant signs that were in situ.

Once the team shots were out of the way, the guys headed off in the vans. I set off just ahead of them to try and get a panning shot of the van flying past. Anyone who knows the Rathcoole Industrial Estate knows that traffic can be very heavy so I didn't get very far before pulling over and just taking a pot shot in the hope of getting the image I wanted. Didn't turn out too bad considering.

The final images were straightforward headshots. I was conscious that Siobhan is very much hands on so we took images in the kitchen with her wearing her service outfit. I think its important to show when the boss is actually prepared to get her hands dirty so to speak. All in all it was a very enjoyable day's work even though it was only 1pm in the afternoon!

Headshots both on and off location 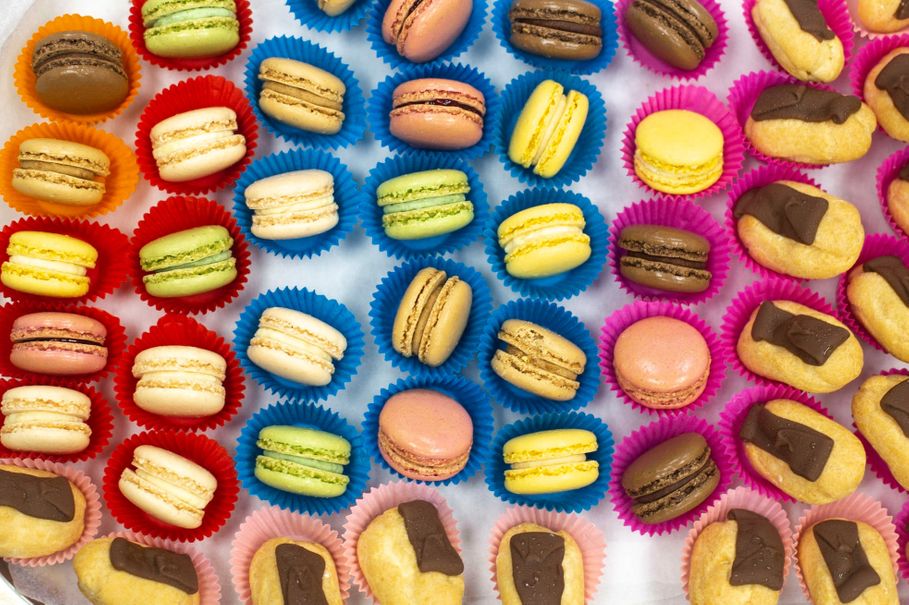 One of several brand images taken for Sweet Cicely, mouthwatering 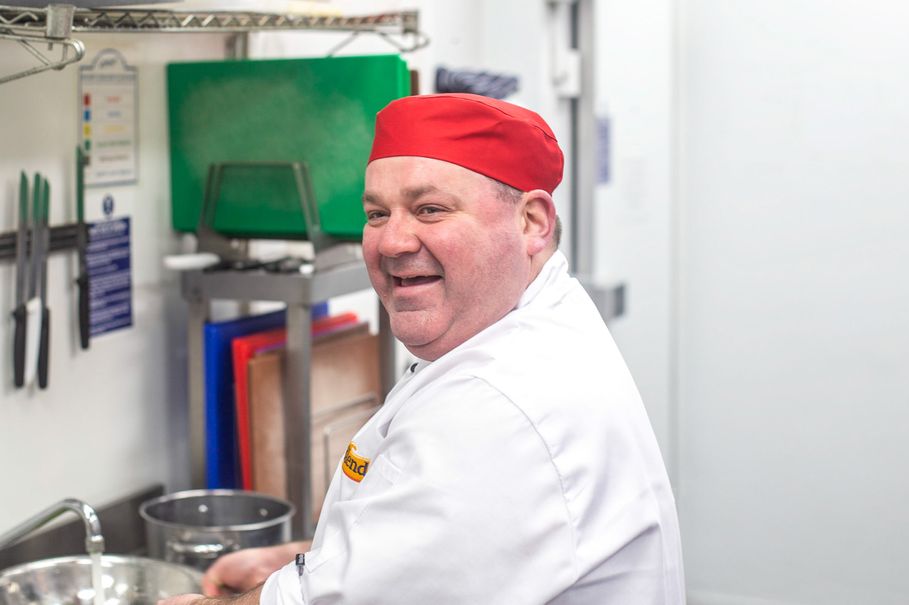 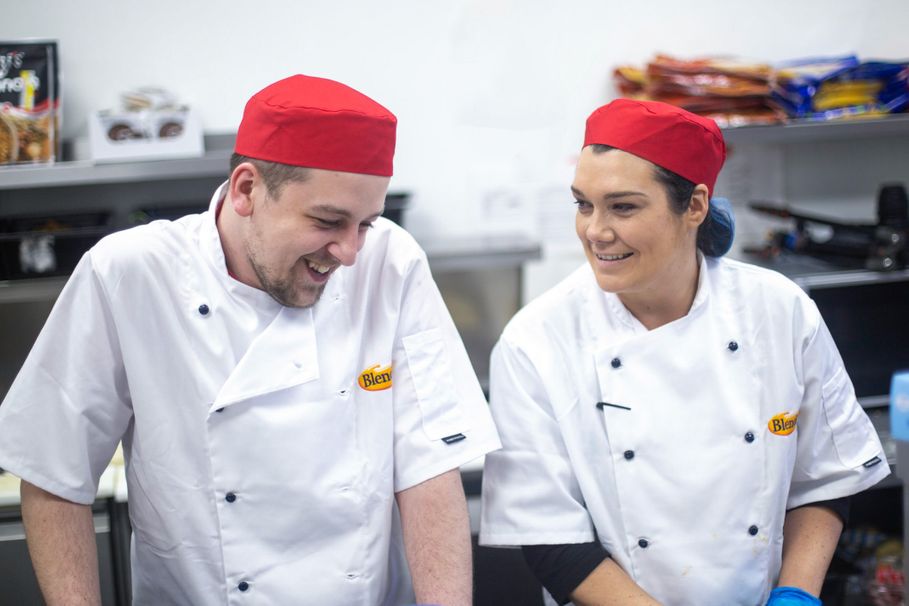 Food is on its way 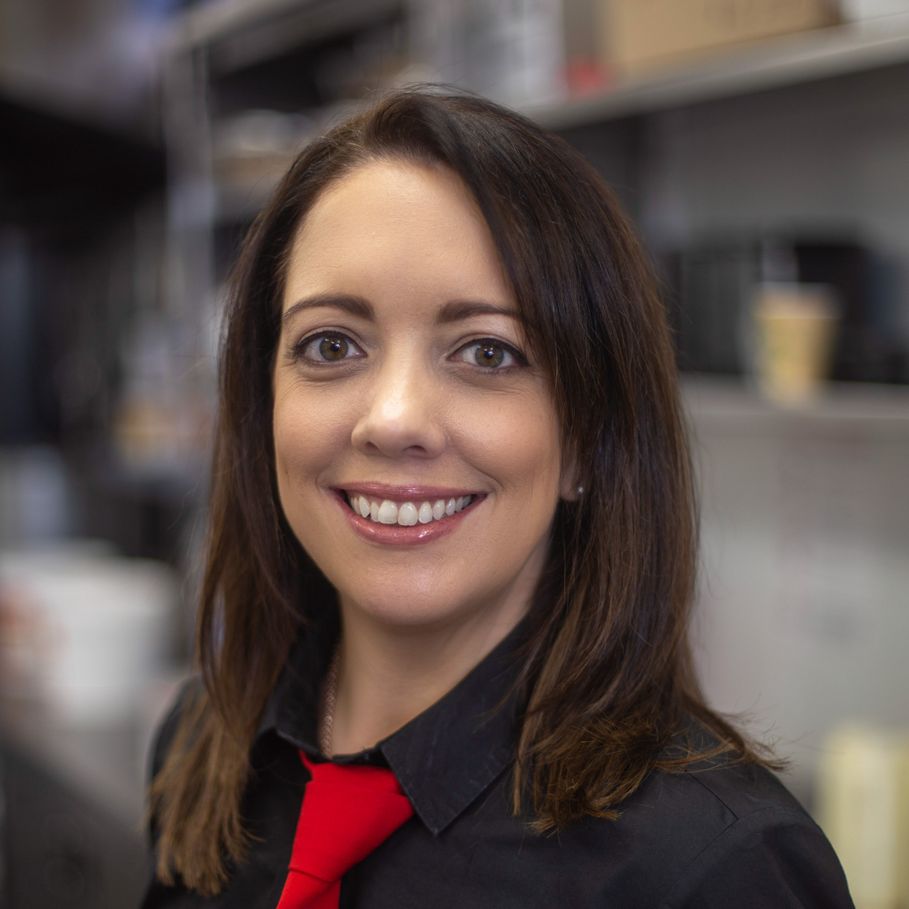