I was approached in this instance by a Web Design company who needed some brand photography for a new website that Liz was getting done for her Plastic Surgery business. This provided some interesting challenges. They wanted images from the local area which would help direct their clients, geographically to the clinic. She wanted headshots of her team and herself along with images of the newly refurbished clinic.

Sometimes, no matter how creative & happy you are with the shot, it doesn't always follow that the client will feel the same way. Perhaps they like the image but it doesn't fit with their profile. This was one such case. I'd had this image in my head from the outset, I envisaged the model blowing a kiss towards the company logo. Works for me but as I came to realise in this case, this image implied cosmetic surgery where in Liz's case she works mainly in the area of reconstructive surgery. The importance of listening to the client and understanding their business thoroughly is crucial in the process of creating effective Brand images.

The general directive was that they wanted images of local landmarks showing how and where to find her clinic. It was an unusual request and some locations were more suited to being photographed than others. It also didn't help that this was a job in December so, of course I had to not only deal with adverse weather but also those pesky Christmas decorations.

Whilst most of Liz's work is done in the Beacon she still has a need for a consultancy and surgery in Naas and it was necessary to shoot these too. The key thing here was emphasising the contemporary and welcoming nature of the clinic. It had recently been modernised and she was very proud of the results. So am I 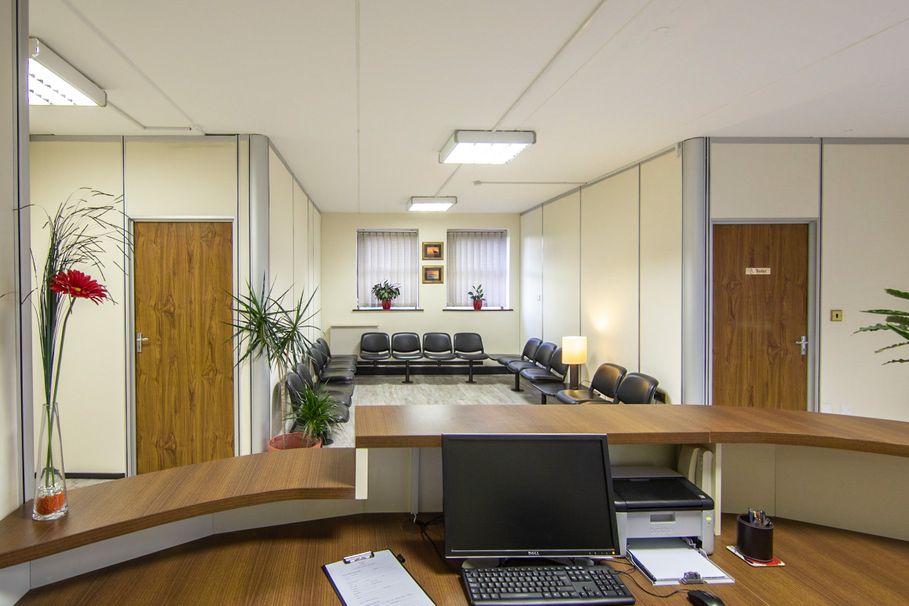 I had a brainwave with this image which I wasn't sure would work or not. Sometimes an image can be too contrived but the client liked it in this case. I superimposed an image of the outside of the clinic on the computer screen so the final edition of this shot, the one that has been used on the website is shown below

Once again, the main component of this exercise was Liz herself. Like many of us, she isn't a fan of having her picture taken, so I put a lot of emphasis on building up a relationship with her and her colleagues first before starting to shoot the headshots. I took my time getting the clinic shots first, all the time chatting and shooting the breeze with Liz and her team. As the clock ticked on, they were all far more comfortable having a camera pointed at them and the headshots reflected that. 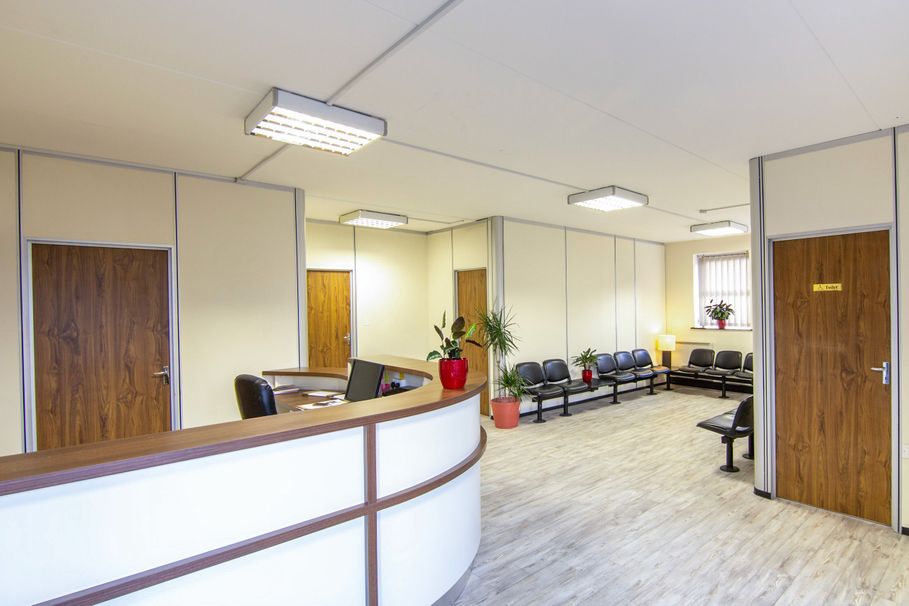 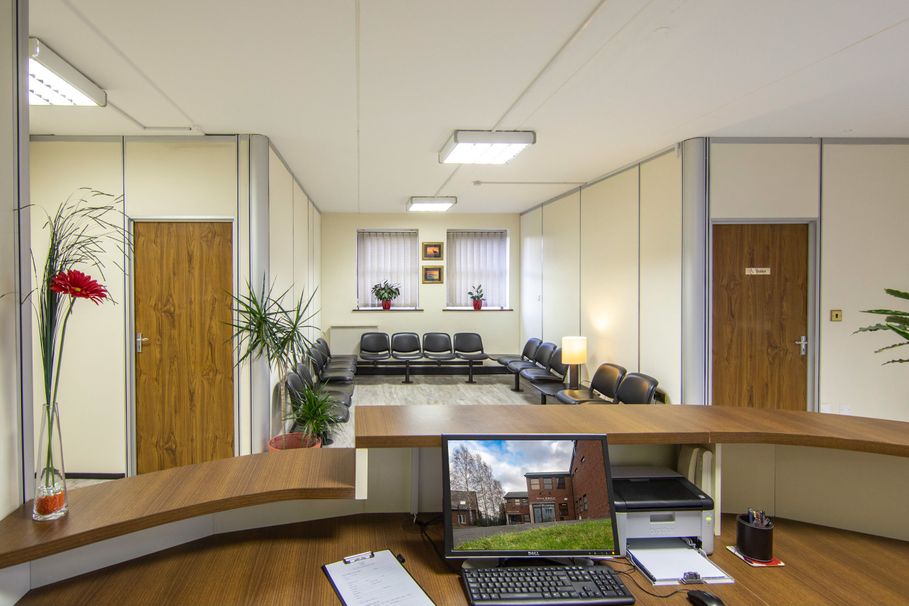 Note, the image of the outside of the clinic on the computer screen , Photoshop is a wonderful thing 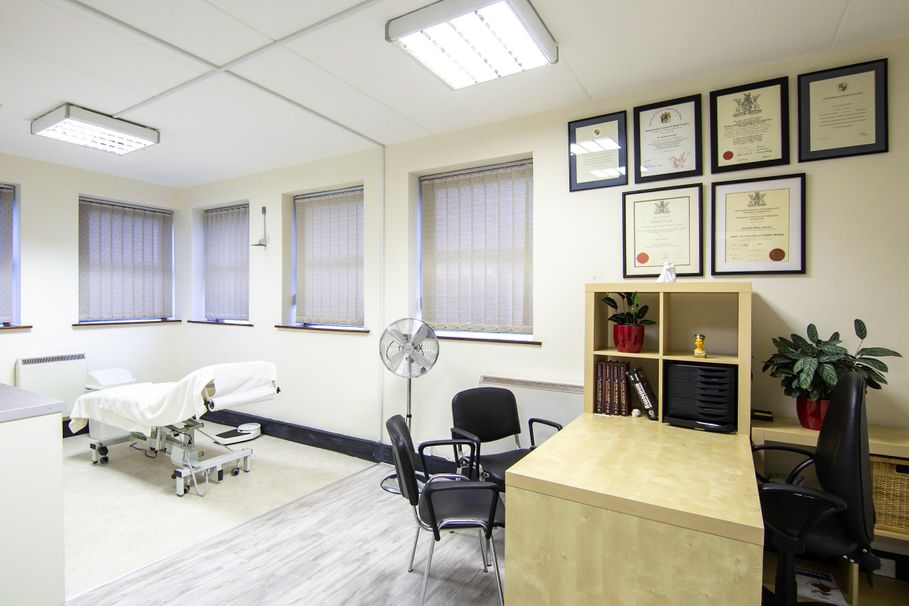 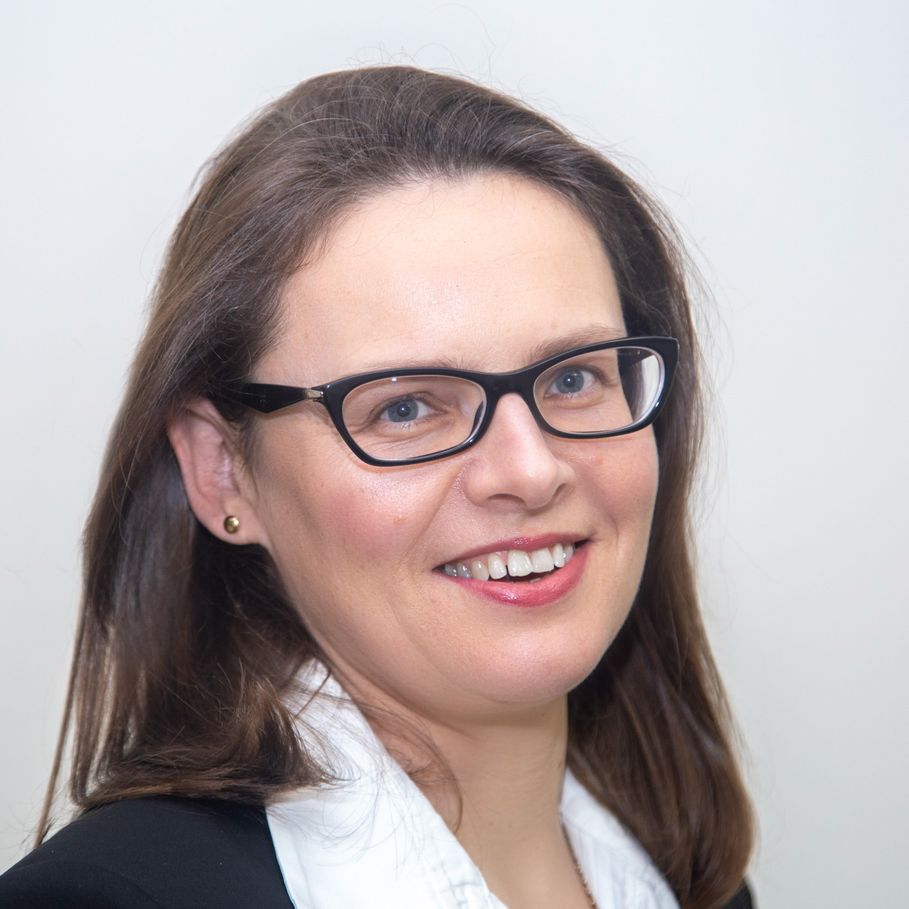 I also suggested that we needed an image of Liz in her scrubs too so I actually shot these a week or two later.

Liz needed a brand image in the surgery, in her scrubs, an image that would help put her clients at ease 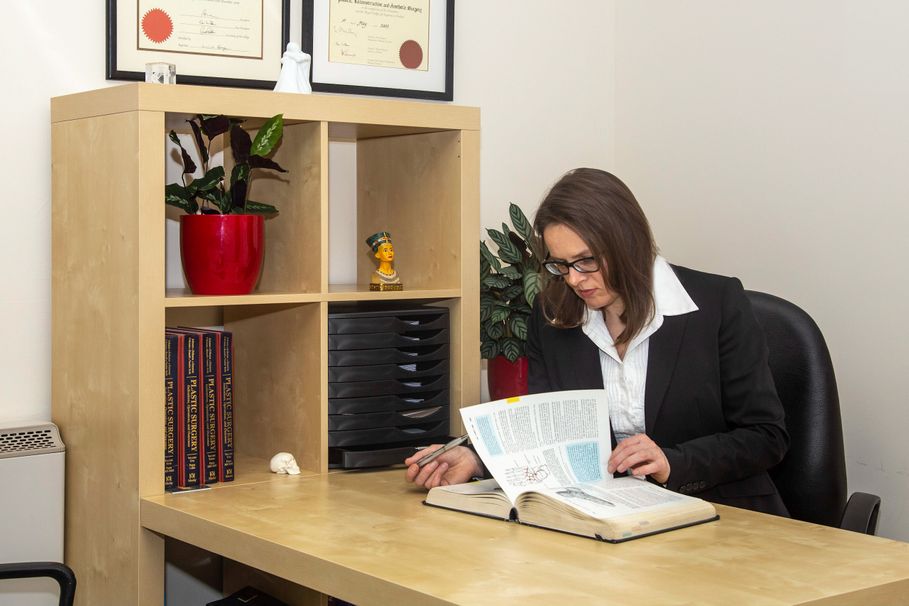 Liz doing some research in her consultancy in Naas

One of the best aspects of Brand Photography is the variety of industries that my clients work in. It helps make the job far more interesting. I need to be a lot more creative and think outside the box rather than if I was shooting the same thing all the time. The answers aren't always obvious, a bit of research is often required, and I'm not afraid of returning to the 'scene of the crime' if I don;t get the right shots at the first time of asking.