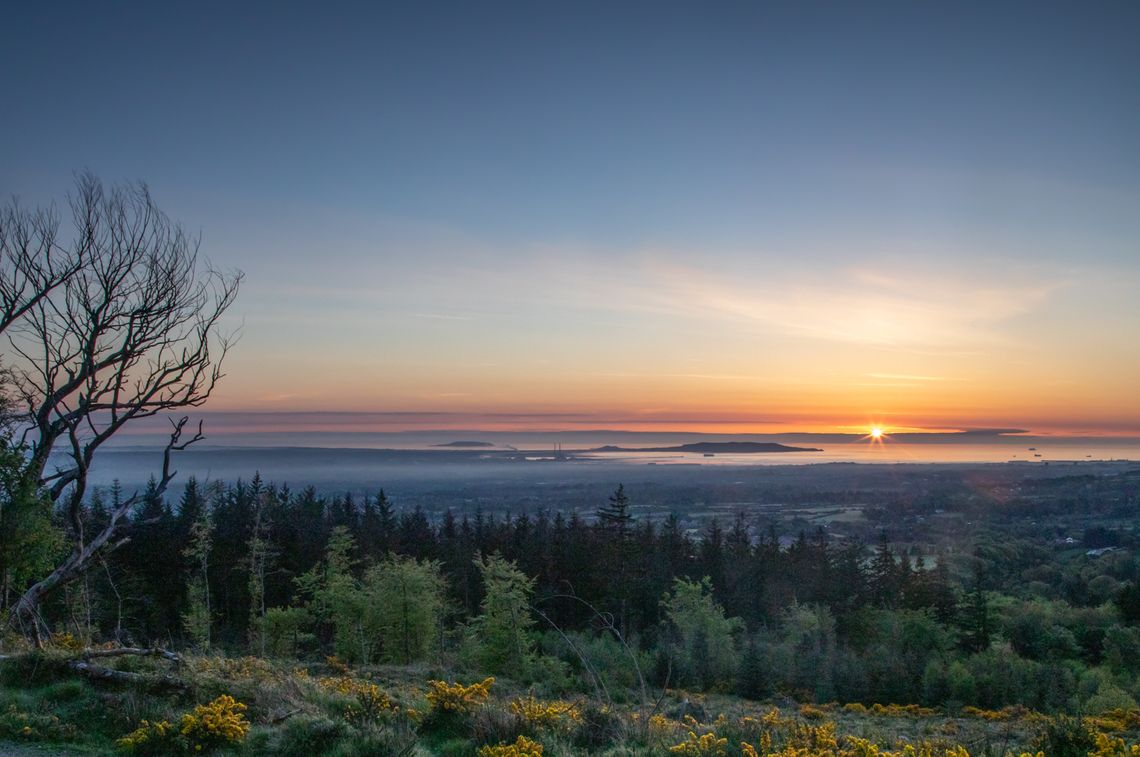 Landscape Photography - The 'Craic' of Dawn

I’ve a really good friend of mine who thinks I’m mad getting up at an ungodly hour of the morning. Early mornings have never been his thing. He would sleep for Ireland, and his career in the hospitality industry meant he’d often bypass mornings altogether. Me? I could never do that. I love mornings, I love the freshness, the peace, the sense of ownership you have of the world around you. It’s beautiful.

Last Saturday, the Darkness into Light event for Pieta House saw thousands of people take advantage of the extended 5km limit and set off for an early morning jaunt. They inspired me to head off myself and as the Hell Fire Club is now within my own 5km I got up at 4.30am and headed for Montpellier Hill which we are blessed to have on our doorstep. I was struck at just how beautiful Dublin city looks at this time of the day…even from a distance. I was fully expecting to share the space with a few local creatures who normally take advantage of having the place to themselves at this time of the day but as I was joined by at least 20 or 30 other walkers, the deer, foxes and squirrels were very much keeping their own counsel. I only climbed half way up, time was against me. The key, as a landscape photographer, is to work fast, you only have a short window at this time of the year, maybe 30mins or so. The shot above was ok, the sunrise is beautiful and the iconic Ringsend Power Station can be seen in the distance but I wasn't happy with the composition, there was nothing of interest in the foreground to grab the viewers interest so I recomposed quickly and grabbed the image below which whilst not perfect by any means seemed to capture people's imagination.

Of course, any eagle-eyed followers will have seen the images I grabbed a couple of weeks ago taken in Tymon Park, another convenient location that is literally within spitting distance (an unfortunate term to use at the moment but you get the gist) I could have walked there in my pyjamas and slippers it's that close...don't worry I didn't. We share these lakes with a various selection of bird life including swans, herons, coots, moorhens and the occasional egret.

Another shot I took, was captured a couple of years ago in Sandymount Strand in Dublin. To drive there at 4am, may seem like madness to some, but I got there in 15 mins, a journey that would take well over an hour in normal daytime traffic. I had the whole beach to myself, for a short while, and this very busy and hectic capital city was calm and tranquil with only a few sea birds to break the peaceful solitude. It’s at that moment you get to really appreciate how lucky we are to have such things available to us.

There’s a warmth and serenity that exists with an early morning sunrise which you’ve probably never experienced unless you happened upon one during the winter, when the sun doesn’t rise till 8.

Ok I get it, being tucked up in a nice warm duvet may seem like bliss to most and it has its merits, don’t get me wrong, but I just feel alive when I get myself out of the bed bleary eyed, get to my chosen destination and watch as a new day dawns.

Granted, it’s not for everyone but just for once you should try it. Use some of the brilliant apps that are out there which will tell you what the weather will be like, what time precisely the sun will peak over the horizon and where exactly it will appear. Armed with this info you can set yourself up and get that idyllic sunrise shot but even if you’re not into landscape photography, get out there anyway and appreciate the world we live in.

You can always sleep tomorrow.